Each player is responsible for having their own bat. Elk River Youth Baseball uses USSSA Certified bats and follows MYAS bat rules .
Click HERE to see these MYAS guidelines.

In-House Bat Requirements
Elk River Youth Baseball uses USSSA Certified bats. Other bats that have the USA Certified mark, a qualified BBCOR bat, or wood bat are legal for use.

Traveling Bat Requirements
Elk River Youth Baseball uses USSSA Certified bats. You are allowed to use bats with the USA certified mark, or a qualified BBCOR bat.  They must follow the MYAS guidelines for length and differential.

At the beginning levels of play in Minors and the American/National house leagues, there is no need to go out and spend large amounts of money on a bat.  We encourage you to use our local used sporting good shop Play It Again Sports for used bats as well as online options such as Facebook Marketplace, Craigslist, garage sales, word of mouth etc.  Don’t feel the need to buy a $400 bat for someone who is just starting out.  We all know the saying “a $500 bat won’t fix a $1 swing”,  and that applies to all ages all the way up to College and Pros.  Use your best judgement.

One bit of advice, when in doubt we’d rather see the kids with smaller/lighter than needed bats vs a large heavy bat that can impact their batting stance and swings. Contact a coach or level director or equipment manager with questions.

Additional links are found below that give you some suggested buying guides, such as length, weights, and types of bats available.

These charts are only a quick reference to help guide you on the size bats to start looking at. It is always best to have your child try out the equipment if at all possible. Some retailers like Dick's Sporting Goods or Scheels have areas for the kids to take some live swings before you buy.

We suggest you look over some of the information in the links  below to familiarize yourself on the equipment. 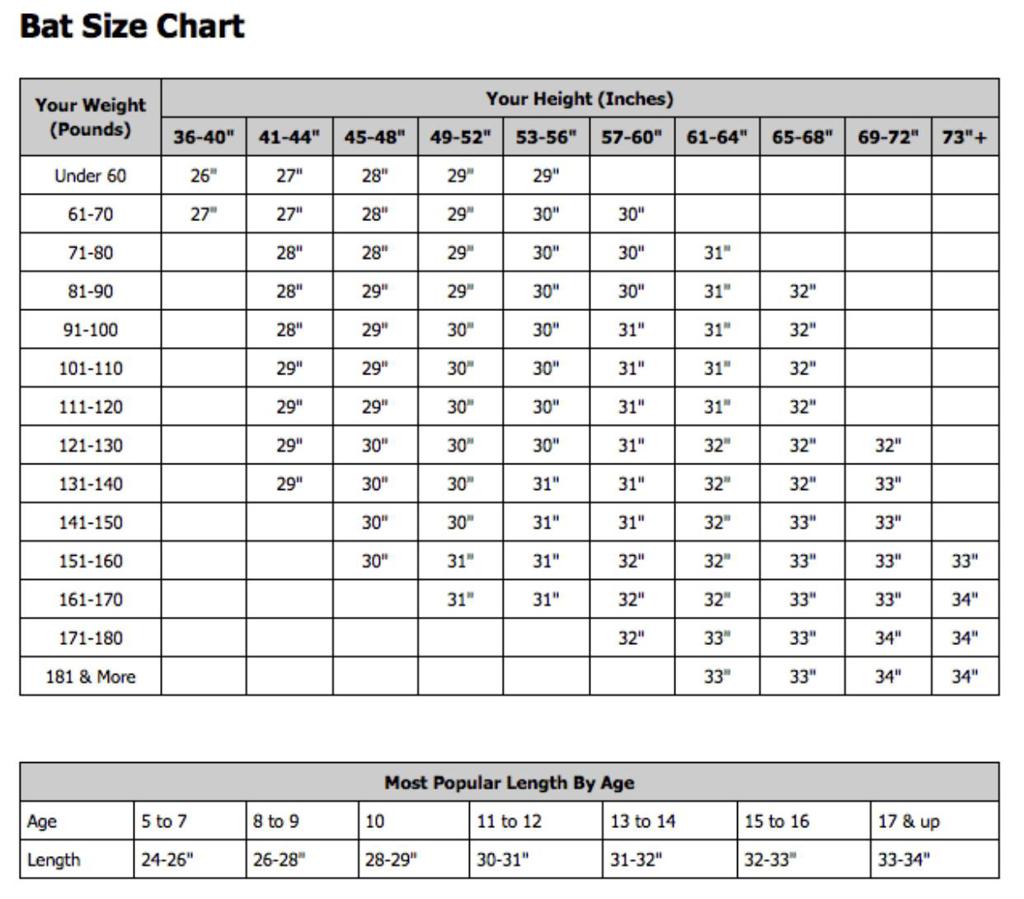 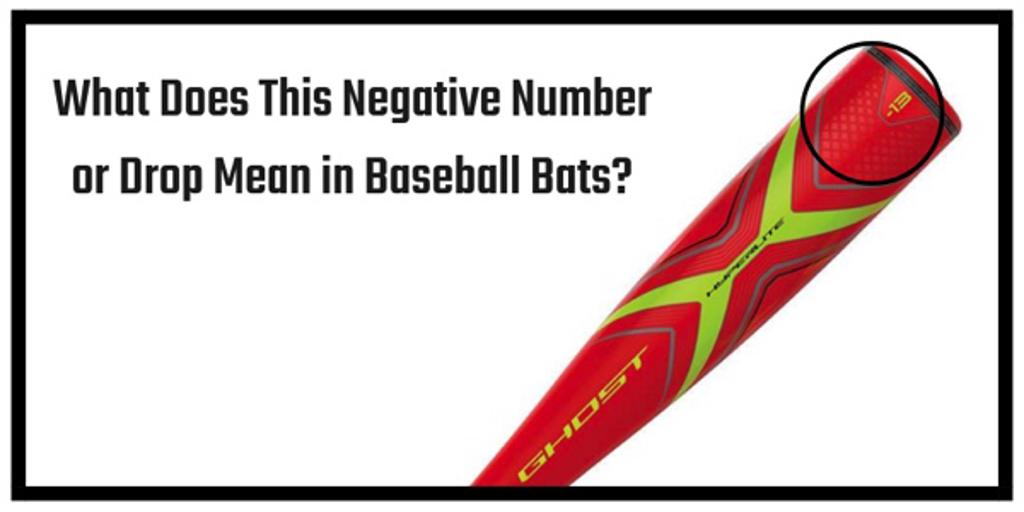 The negative number on bats refers to the weight to length differential. For example, a "Drop 10" or (-10) means that the bat is 10 ounces less than the length.

For younger players under 12, we suggest using a bat that is a Drop 10 or lighter.

USSSA stands for "United States Specialty Sports Association." The USSSA certification is measured by "BPF" (Bat Performance Factor). BPF is simply the increase in the liveliness of a ball hitting a bat compared to throwing a ball against a solid wall (i.e., 20% faster rebound = a BPF of 1.20). The three main BPF ratings are 1.15 BPF, 1.20 BPF and 1.21 BPF. BPF 1.15 is generally used for youth and big barrel baseball bats. BPF 1.20 is usually used for Fastpitch and Slowpitch softball bats. BPF 1.21 is most commonly seen on SSUSA (Senior League Softball) bats.

Similar to the BBCOR standard that was implemented in 2011 for College and High School, the  USABat Standard  creates a wood-like performance in youth baseball bats.

The USABat standard is based on the coefficient of restitution from a bat-ball impact (BBCOR). But in order to address the varying levels of play between youth and high school  or collegiate players, the USABat test will use different test balls and test speeds to scale the results.

The maximum value that these new youth bats will be allowed to achieve will be limited to .53 under the USABat Standard.

BBCOR stands for "Bat-Ball Coefficient of Restitution." This measures the "trampoline effect" of the bat barrel. Next to the "BBCOR" on the certification stamp is the number ".50". This means if a baseball with a speed of 100mph hits the barrel of a stationary BBCOR bat, the ball exit speed off the bat will be 50mph or less (which is 1/2 the speed). BBCOR bats are also required to have a drop ratio of (-3) or heavier, as well as a barrel diameter that does not exceed 2 5/8". The BBCOR stamp is required on all High School and Collegiate level play bats.